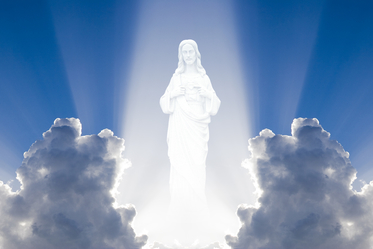 Many Theologians , Philosophers and Scientist have debated whether God actually exists or not. The arguments postulating whether God actually exists can be categorized as follows.
1-    Meta physical, explaining philosophically,  the fundamental nature of being.
2-    Logical, proposing that a possibility can be  true if one has some coherent
argument that  is  not contradictory.
3-    Subjective, a proposition that is hypothetical whose truth/false is uncertain.
4-    Empirical, statistical inference estimated from experimental data and
observation through the senses.

Before science became so prominent it is understandable that the first three categories developed (there is lots of literature to examine each one on the internet). With limited scientific knowledge any explanation of the nature of reality is “possible” but without empirical proof it is purely speculation, with the result that many religions, because of the philosophy that extra-sensory perception were used to “explain” the nature of things we did not understand, developed.

Modern science, by using statistical data obtained by observation and/or experimental data, provided positive proof of many observations and invalidated many philosophical postulations, the existence of God or God(s) being one of the more prominent ones.

It is very difficult for anyone to accept new evidence, disproving their original belief in the “truth” arrived at by any of the first three categories, through the use of empirical observation and statistics. We now find whole new arguments about empirical methods, by prominent philosophers, to discredit the scientific method. We must however take into account that the understanding of the nature of the universe has greatly expanded by the Empirical method than any other one. Based on the success of the Empirical (scientific) method we know a lot more about the reality of the nature of the universe then any other previous postulations proposed before.  No one, not blinded by faith, can deny that.

When we observe that there are so many religions, and types of religions: Apatheism, Deism, Henotheism, Ignosticism, Monotism, Omnism, Panentheism, Pantheism, Polytheism and Theism to name a few, none of them based on any real facts, we can conclude that these postulations were speculations of people, with no understanding of the reality of nature, who made up stories to explain and give meaning to their existence. Elsewhere, on my website, I have given some reasons that this urge to explain the bewildering world they found themselves in, was probably a big help in the successful evolution of human kind.

The empirical (factual) observation, that there are many religions, indicates that there is no uniformity in the nature of god(s) making it very unlikely that god(s) actually existed, furthermore, each religion, and the many subdivisions within each religion, believe that they are the only “correct” postulation (or axiom, with is defined as “a premise so evident as to be accepted as true without controversy”).

If we further take into account the fact (data) that the vast majority past and present have never had a chance to even be aware of the “correct” religion and through “free will” could make a decision to join a religion they never heard about but must still live with the consequences of that only “true” religion, it is not likely that any of them are correct. Any new religion, formed today would also exclude the mass of humanity that came before.

Christianity, less than 2000 years old is known, to 31.5 % of the current world population. Islam, Hinduism and Buddhism take up another 55.3 %.  Christianity‘s belief in what it takes to go to heaven condemns, statistically, the vast majority of past and present humanity to Hell without them having had a chance even to believe in that religion.

To conclude by empirical reasoning, the most successful method of establishing reality to date, because we observe there are many religions and statistically establish that the vast majority of humankind never had access to one “correct” religion or “salvation”, there is no correct religion and that the postulation that there is an omnipotent intelligence that established the universe, because of the absence of real observation and meaningful data, is infinitely small. (mathematically zero).

Don't forget to go to "ABOUT THE BOOK" on the top bar above and to check out the rest of the website,