I suffer from Cognitive Dissonance, just like any one else. Keeping that in mind, I am a great supporter of the principle called Occam’s Razor which was originated by William of Ockham (1287-1347) and has been supported by many philosophers since then. Bear with me, when I name a few, since I want to point out that I do try to absorb the wisdom and opinions of others rather than express just my own opinion. Supporters of the “razor” include Werner Heisenberg, Max Planck, Isaac Newton, Bertrand Russell, Thomas Aquinas. Albert Einstein and more recent philosophers such as Ray Solomonoff (1960), Karl Popper(1992), Richard Swineburg  (1997) and many others.

On the page “The origin of spirit", and using the “razor” I argue that the early humans, before written history, regarded the “air” as the “spirit” or life force and that we find that concept wide spread throughout many “tribes” indicating a common origin.  The conversion from air or spirit to “soul” is a later development. I also argue that Astronomy evolved as a natural consequence of the fact that heavenly bodies such as the sun and the moon and asteroid impacts, did influence the happenings on earth. Religion evolved from astrology under the influence of the Shaman (priests, astrologers) and the all-powerful leaders (Gods) of the tribes.

Modern research in Neuro Science are discovering that Conscientiousness and Awareness  are Brain functions and rely on complex chemical and electrical activity in the Brain. Brain damage and diseases such as Alzheimer affect these functions and when the brain is sufficiently damaged, awareness is lost.  Awareness develops slowly when the neural network develops and consciousness slowly emerges. When the neural network dies completely, so does awareness. The smallest part of the brain is still powerful even if our relative crude instruments do not register any activity. NDEs are explainable by many other means. Near Death is not Actual Death as explained in the blog material and the many articles written by eminent researchers. Since awareness cannot exist without the physical brain function, as we are currently finding out, there cannot be an afterlife, no matter how much we wish that to be possible. The DNE proponents, who so desperately are trying to convince us that supernatural awareness exists, are losing the battle, just like the creationists lost their “battle” with evolution. The Psychics who make a good living by “talking” to dead people however, will continue to make a good living off the desperate, gullible people, just like the snake oil Medicine men  who exploit the placebo effect to sell useless medicine to their victims.

After REAL death, there is no afterlife, so there is no need for a god or gods. Be thankful to have beaten enormous odds, to have a one-time opportunity to marvel at the majestic universe. Enjoy it to the fullest without marring the experience with fear of death and wishful thinking.  After death your “awareness” goes back to the place it was, before you were born. 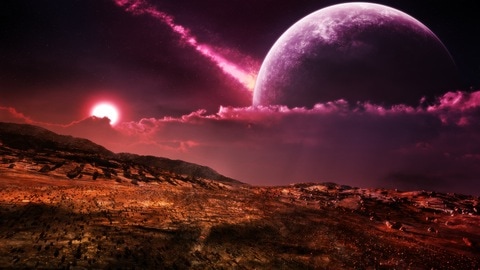